Giving Birth in Armenia vs. the U.S.: A Comparison

Posted on October 2, 2018 by nicolepeyton 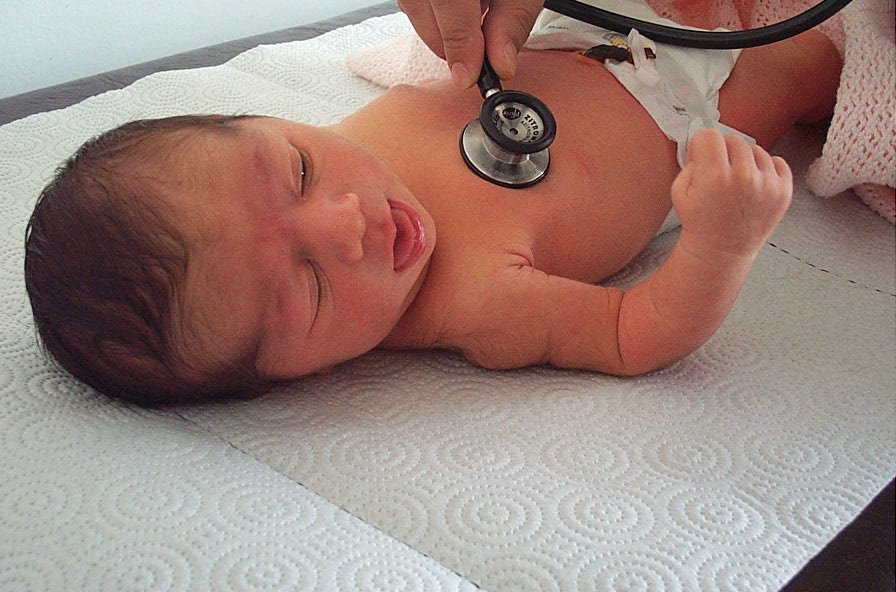 Not very many women can say they have given birth in the United States and in Armenia.

I delivered our first baby at a hospital in Northern Virginia. With full health insurance coverage and the best care available, delivery was thankfully seamless. I also had the added benefit of a father and brother who both practiced as obstetricians/gynecologists in the area, so finding the best providers was easy.

The doctors at the Virginia hospital were amazing and professional. I was very lucky. I was also fortunate to have some of the most attentive and generous nurses. Not only did they take care of my medical needs, but they also taught me how to take care of my newborn. As a first-time mom, I learned how to give my baby a bath, change his diaper, swaddle him, and nurse him. My father would joke with the nurses a lot, as he did for 40 years practicing and delivering babies himself. Our hospital room was a happy place.

Three years later, I was on track to deliver my second baby in Dubai, but part of me knew I was meant to give birth in Armenia. We moved to Armenia when I was in my third trimester. My husband dropped us off in our Yerevan apartment (owned by my parents) and returned to his work in Dubai after one week. For a while, I was living alone with my 2-year-old son, while very pregnant with my second. I took him to mankapartezevery morning and then brought him home, carrying him over my growing belly as he always fell asleep during the car ride home. That summer, the power went out almost every day, so I would carry him up five flights of stairs in the summer heat.

My husband knows some of Yerevan’s best doctors. His contacts helped us find a reliable one. I was going in for regular visits and getting the care I needed in Armenia. My doctor was incredibly professional and available whenever I needed her. I did have a few difficulties during the second pregnancy, but she was always reassuring me with a smile.

There’s a dramatic difference between being pregnant in Armenia and being pregnant in the United States. During my first trimester, I took a trip to Virginia to visit my parents. I was having complications in the beginning, struggling to walk or stand, and had been ordered to stay off my feet completely. I remember taking the Metro into Washington, D.C. The train was packed. I was also showing very early on, so it was clear I was pregnant. I started to pant and panic. For 30 minutes, not a single person noticed or offered their seat. No one. I felt invisible.

I spent most of my third trimester alone in Armenia. Every move I made, someone was willing to help. My son’s mankapartez is run by amazing women who offered to help in every way, even to this day. When I would walk the streets, the slightest sign of fatigue would set off alarms and suddenly I’d find myself surrounded by helping hands offering water, a chair, or even an invitation to their family home upstairs to rest on a couch and catch my breath. None of these are exaggerations. These were everyday encounters. Taxi drivers helped me out of the car. Sometimes they offered to buy diapers for me at the pharmacy so that I wouldn’t have to get up.

I’m known to be very honest about the realities in Armenia, so you should know that not EVERY single person in Armenia was this way. But I don’t even remember the unpleasant experiences, if they even were so bad. At the most, a young man maybe didn’t hold the door open for me going into a building and I probably rolled my eyes at him.

Up until the moment my son was born, I had few complaints. I was treated very well and got the best possible care. I ended up having a cesarean section for both pregnancies for the safety of the child, so the process wasn’t new to me. However this time, my husband was not allowed in the room during the operation, so I was alone with the doctors. My biggest fear was the anesthetics injection, but the anesthesiologist surprisingly turned out to be my favorite part of the experience. A man of humor and wit, he walked me through the whole process. To anyone who knows me well: crack a few good jokes and all my fears vanish. Through the operation, he was checking on me frequently and telling me that we were going to celebrate with a bottle of oghi and khorovats at his house while singing tash tush! I was laughing as they were cutting me open. At one point, I was so relaxed that I think even I dozed off.

Finally the baby was born. He was taken away immediately to be cleaned and measured. Once they were done with me, they took me to the other room where I was able to hold him for the first time. My husband was waiting there, and we finally came together as a family.

I wish I could say the entire process was a perfect one, but it seems Armenia is also not without its flaws. My eldest son Avo was not allowed to visit me at the hospital or meet his new baby brother at all. My parents visited a few times, but the hospital was very strict. My mother and husband took turns looking after me and Avo for the next three days. I just had surgery, so I wasn’t able to walk around immediately. This reality was lost on my nurses. My nurses … the ones who introduced rage into my first few days with my newborn son.

The first day he was born, I was fairly drugged out. But I couldn’t understand why they were not bringing my son to me more frequently. I figured he should be hungry more often. It wasn’t until the next day they told me they were feeding him formula so I could get rest. I was shocked at the blatant lies and disregard for my say in my newborn’s feeding process.

The second day I was transferred to a room with two beds. My husband was charged an extra fee to sleep in the second bed. Meanwhile, for every aching pain I had that I voiced concerns about (and there were many), I was scolded by Armenian nurses who kept saying, “This is what motherhood is all about, get used to it.”

I was having painful reactions to the operation. Shooting pains up and down my back threw me into fits, and instead of responding with stronger pain killers or proper tests, the nurses told me I was being weak and that I have to be strong now without complaining. I will save the subject of postpartum issues for another column, so let’s just focus on the fact that basic pain was not even treated with medication. I was told that because I’m nursing, I shouldn’t drug the baby. In the U.S., I was given percocet for the pain and was allowed a reasonable amount for a week. Here in Armenia, I was given the equivalent of panadol (Tylenol) for the first few days.

They assigned a pediatrician to check on the baby’s vitals. If I talk too much about her, I might get too riled up, so I’ll keep it short. Essentially, I had to complain to the hospital director with a voice loud enough to be heard on every floor because this pediatrician yelled at me for not cleaning the room the day after my son was born—I couldn’t even walk let alone clean a room.

Needless to say the postpartum care in Armenia was disappointing, and it doesn’t end there. So many problems arise when having a baby in Armenia. From stroller-friendly streets to diaper-changing stations, there’s much room for improvement to make a mom’s life just a little easier.

But at the end of the day, I have a gorgeous healthy boy, and the medical care I received was top notch. What a blessing to deliver my son on our own soil. Perhaps with the coming changes, we’ll see improvements in all aspects of healthcare one day.

Originally published in The Armenian Weekly and shared with permission from the writer, Arsineh Valladian